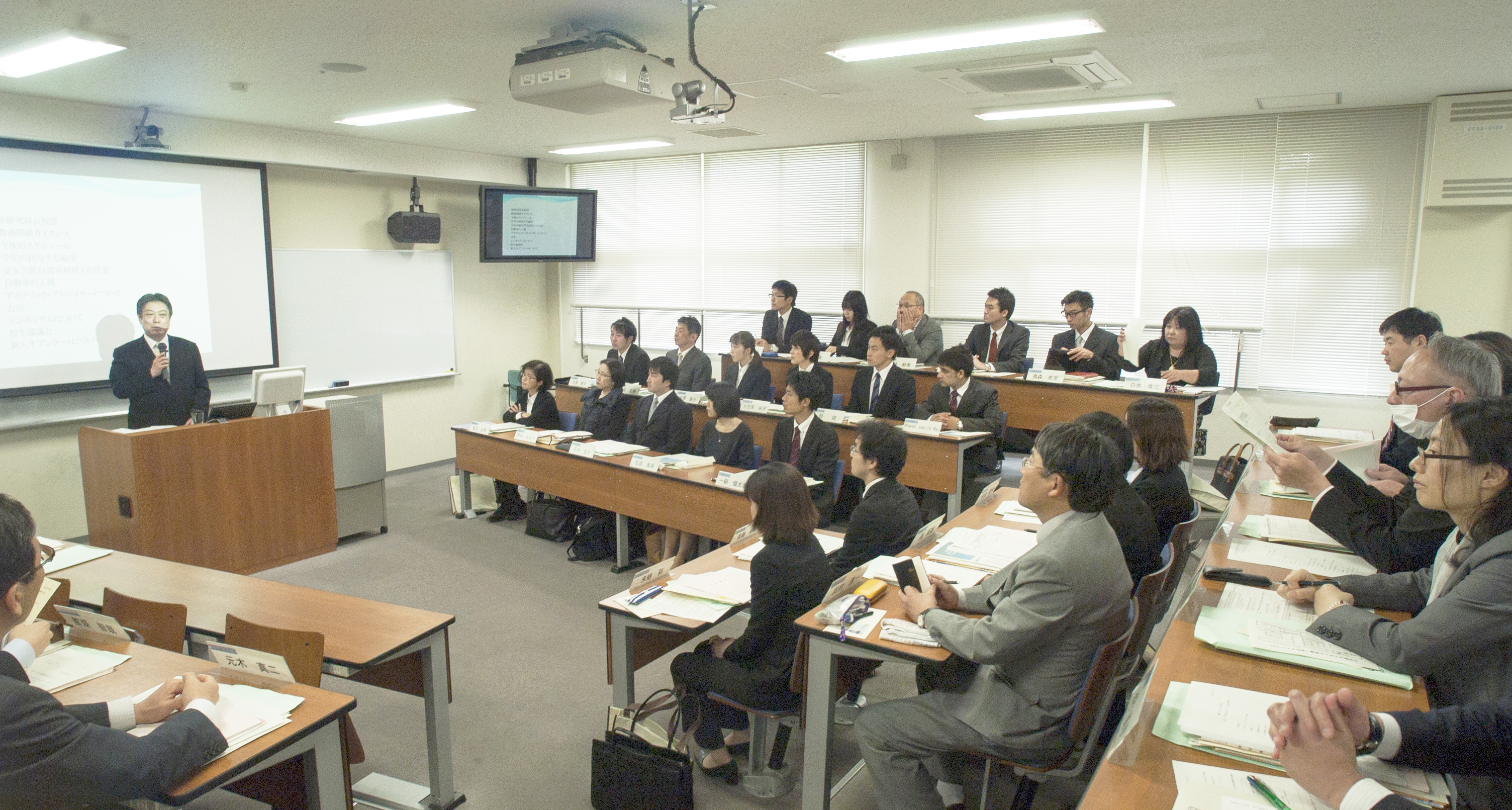 Exploring the background and the outlook of Kagawa University’s iCTG Project, which was awarded for “STI for SDGs” award in 2020.

Fetus can be examined anywhere at any time.

-Please explain about the product which received the Japan Science and Technology Agency Chairman’s award in “STI for STGs” Award.

Prof. Hara: We were awarded for the online diagnosis system utilizing our fetal monitoring system “iCTG”, and for our global expansion effort especially towards developing countries. iCTG is a mobile small-sized fetal monitor that can be carried around easily. Expecting mothers can simply measure the fetal heart rate and uterus contraction rate by themselves at home, and measured data are immediately sent to cloud storage. Based on that data, doctors can diagnose remotely. Previously, it was a big challenge to obtain fetal information and transmit the recorded data. However, after 40 years of researches, we developed our first mobile fetal monitor in 2006. We successfully downsized it in 2019 with a cooperating company called Melody International Inc., and began operating the whole system. At that time, Professor Tokuda who is our benefactor in oversea expansion suggested of applying for this award.

-Please explain about the evolution of telemedicine up until now.

Prof. Hara: Kagawa prefecture has rich medical resources, but when it comes to 24 remote islands within the prefecture, the medical personnel and equipment are not sufficient, so stabilizing and maintaining access to medical resources in those region are important issues. When you hear the word “telemedicine” or “online diagnosis”, you might imagine a scenery of a doctor speaking to a patient through a video call, but in the past it was mainly done through sending patient’s vital information like electrocardiogram, images like X-ray, CT, and MRI, to specialized hospitals to obtain consultation to help diagnose a patient. Telemedicine’s development was mainly focused on ICT sector, like the creation of digital patient record, allowing doctors to accumulate medical records electronically. Also, by centralizing such records into one data center, it will be protected even when natural disaster strikes. We implemented K-MIX (Kagawa Medical Information eXchange) Network in 2003, and it eventually evolved into K-MIX+ and then to K-MIX R. In 2018 the online diagnosis became nationally official practice, and with the COVID-19 pandemic, it is possible to say that the necessity to put telemedicine and online diagnosis into an action is increasing now more than before.

-How did you start getting involved in developing remote diagnosis system for perinatal care?

Prof. Hara: When it comes to fetal heart rate monitoring, even if the information can be transmitted electronically, it was still difficult to obtain precise data in the first place. So I decided to work on developing better monitoring device, and successfully came up with “iCTG”, an instrument with high precision, and it’s much smaller than the conventional device used in any hospital. Japan has a lowest perinatal death rate of fetus and newborns, as well as expecting mothers. Kagawa prefecture now boasts on high standard but 50 years ago we were nationally ranked in worst 5 prefectures for already mentioned death rates. So, I had a strong determination to change that situation.

Made in Kagawa Technology will save expecting mothers worldwide

-What made you think of applying for ”STI for SDGs” Award?

Prof. Tokuda: My specialty is in physiology, and I also conduct a research on “rare sugar” which only exists in small amount in nature. I am in charge of International Institute of Rare Sugar Research and Education’s global outreach. I’m also a head of Kagawa University’s International Office, which is our university’s gateway for international relationships. We have over 100 affiliated universities worldwide, and 3 of them are bases for education and research exchanges overseas. Utilizing such connections, we have exported iCTG system to Chiang Mai University in Thailand, and also to countries like Laos, Myanmar, South Africa, and Indonesia. As you know, “SDGs” comprises of 17 goals adopted by the United Nations that are to be achieved by 2030. Kagawa University has been implementing programs to contribute to this effort, including iCTG project. When it comes to “STI for SDGs” Award, it has a strong emphasis on how science and technology have made contribution to this cause. Professor Hara’s iCTG can be a game changer in perinatal care that if you have an internet connection, it can be used anywhere in the world whether it be the remote countryside or isolated island. I thought this was a perfect match for this award, and decided to send in an application. Fortunately, we received a high evaluation, and that means a lot for our university as well, so we were very happy to hear about the result.

Prof. Hara: The predecessor of the SDGs is the MDGs (Millennium Development Goals), and by the time MDGs came into an effect the goal of lowering fetal and newborn’s death rate was already one of the main goals. I strongly feel that our technology and iCTG can contribute to achieving such goal and provide safe and secure delivery all over the world. I hope many more people will come to know about our project through this award and they will understand the importance of supporting developing countries. It is also meaningful that we won a government-funded award that Japan as a nation considers this issue very seriously.Untangling complex problems from the other side of the border 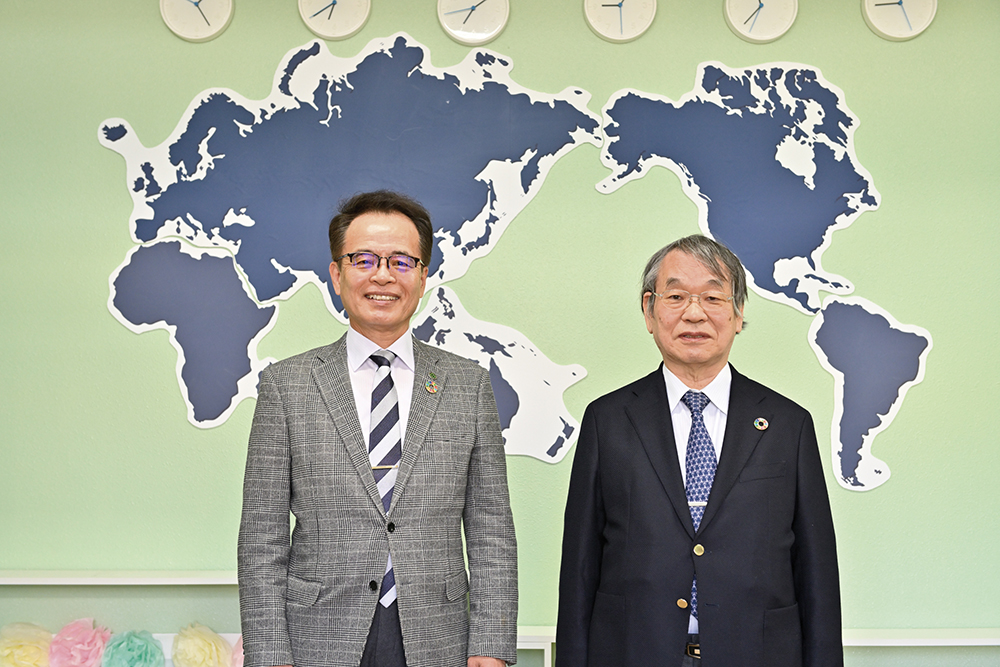 -How will iCTG and telemedicine system will expand from now on?

Prof. Hara: According to UNICEF, the annual death rate of fetus that died in the womb is about 2 million. I am confident that by utilizing a fetal monitor many lives will be saved. If the baby is born healthily, post birth medical treatment will be less, hence decreasing the medical facility’s burden.

Prof. Tokuda: This technology was originally developed by Professor Hara to solve the problem that existed in Kagawa prefecture, but it can also be transferred and be implemented oversea as well. In Thailand, with a cooperation of JICA (Japan International Cooperation Agency), we have conducted 3 year term grassroots technological cooperation project twice, and we are looking to implement it in many more countries now.

Prof. Hara: Kagawa prefecture has been designated as “Special District for Medical and Social Welfare” and attempted to construct a model for a nationwide telemedicine network. When it comes to iCTG, we have worked with JICA closely. We have received a news from the Ministry of Internal Affairs and Communications that oversea organizations are showing high interest in our project. It is our aim to first reach out to ASEAN region to promote our technology to South Pacific nations, and then to developed countries that are suffering from high perinatal mortality rate. To be honest, since developing fetal monitor is not lucrative field, many developed nations cannot spend a lot of budget.

Prof. Tokuda: If you attempt to lower the perinatal mortality rate, down the road you will start to see problems like poverty, public hygiene, economic problems, and many other background issues. It is important to untangle intertwined problems and solve them one by one if you are looking for a fundamental solution.

To examine closely on what the society is really looking for

-What is the plan of Kagawa University as a whole to continue its effort on SDGs?

Prof. Tokuda: In the coming year of 2022, Kagawa University’s faculty of education, law, economics, and engineering and design will jointly establish a new department in the graduate school. One of this interdisciplinary department’s theme is the issue of SDGs. Up until now, Kagawa University has been actively involved in international cooperation. For an example, in Cambodia, we partnered up with the local government to implement hygiene education into elementary school and to operate this lesson into entire public schooling system. Also, there is an ongoing international joint research with universities in Thailand, Brunei, and the U.S. on the effectiveness of rare sugar on decreasing risks of lifestyle related diseases such as diabetes and obesities. Moreover, there is a research on disaster forecast, crisis management, and disaster relief program, and to transfer the technology to nations suffering from annual natural disasters like Indonesia and Nepal. And finally, we have Professor Hara’s iCTG. All of the mentioned projects have connections to points declared in the SDGs.

-So all the activities were in fact in accordance to the goals of SDGs. Weren’t there any difficulties?

Prof. Hara: I mean it’s not really a difficulty, but I always had a conviction that our research topic will one day be recognized, and with that mentality I approached the national and prefectural governments, and asked for a cooperation from doctor’s associations and universities. We are now receiving more attention from the world because our research aligned with SDGs, so I wish the interest will continue to grow even more.

Prof. Tokuda: When we talk about global expansion we will always face differences in the law, culture, and national character, but I think it is important that we show understanding to each other’s difference and be connected with mutual trust.

Prof. Hara: I certainly believe that if we continue to strive to find out what the society is really asking for, and think of what should be done in connection with others, then we can naturally start achieving 17 SDGs.

-Thank you so much for your time.